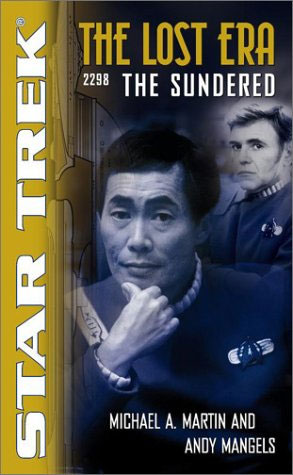 A series of books in the Star Trek Novel Verse. Although each is a stand-alone (even the Terok Nor books, billed as a trilogy, are largely accessible on a one-to-one basis), they tie into an overarching account of a particular period in the Star Trek timeline; between Kirk's apparent death in 2293 and the launch of Picard's Enterprise in 2364. The novels also link in with other books set in this period but not considered a part of the Lost Era, such as Star Trek: Vulcan's Heart and The Captain's Daughter. There are eleven novels in the series:
Advertisement:

Many a Continuity Nod to the events of these novels is to be found in other Star Trek books.