Recap / Star Trek: The Next Generation S1E8 "The Battle" 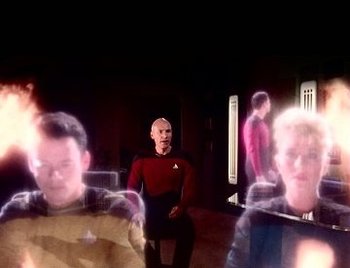 Picard confronting the ghosts of his past.
Advertisement:

A Ferengi captain returns the abandoned USS Stargazer to its former captain, Jean-Luc Picard. Picard, who experiences severe headaches and begins to relive the "Battle of Maxia" in which he lost the ship. Guest-stars Frank Corsentino as DaiMon Bok.