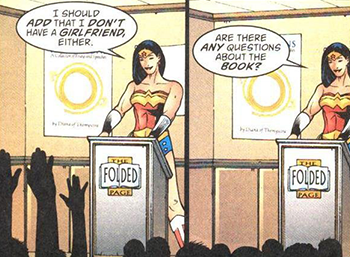 A character, usually a School Teacher, makes a comment or asks a question, prompting others to raise their hands. Someone (usually the original speaker) changes the question ("... but without using your computer?") or adds a comment ("No, the answer isn't "cheese"), which causes the hands to go down, implying that the hand-raisers' next statements were very predictable. Usually Played for Laughs.