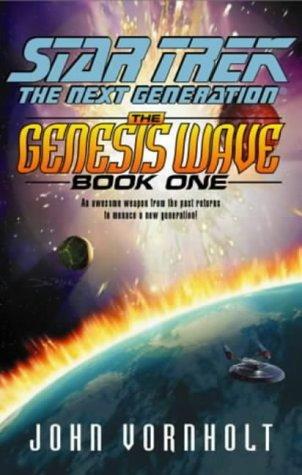 A series of books in the Star Trek Novel Verse. They're set in the late 24th century, about a year after the end of Star Trek: Deep Space Nine, but featuring the crew of Star Trek: The Next Generation and building on Star Trek II: The Wrath of Khan. Originally two books, a third novel was then released (usually considered a lot weaker) and a tie-in entitled Genesis Force was later written.
Advertisement:

The titular Genesis Wave is a weapon of mass destruction based upon the infamous Genesis device from Star Trek II: The Wrath of Khan, which is now being used by a race of mysterious aliens to reconfigure entire planets into potential colonies. Basically a Star Trek Disaster Movie.