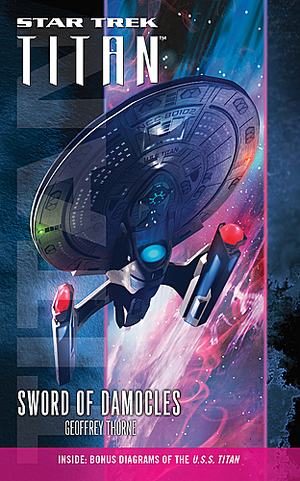 Captain William T. Riker's first permanent command. Took the guy long enough.
A series of books in the Star Trek Novel Verse. Jumping off slightly before the end of Star Trek: Nemesis, Star Trek: Titan is the story of Captain William T. Riker's first command, the Luna-class starship Titan, on a mission of exploration through the Orion Arm of the Milky Way. The Titan has one of the most diverse crews in Starfleet history, and the cast features many unusual aliens, including plenty of non-humanoids.
Advertisement:

The series currently has eleven entries;

There are also the following short stories:

This series contain examples of: