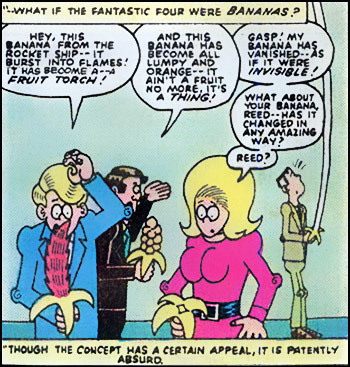 Some fiction will introduce similar or strange fruits and vegetables, often the object of a search and/or an important ingredient in something. They tend to have odd abilities, and properties that don't occur in real life.

It should be noted that there are a fair number of real fruits and vegetables that can qualify as very strange, unusual, and exotic. (For example: the Durian, the Buddha's Hand, or the Miracle Fruit.) But of course, they have a slim chance of showing up in fiction due to Small Reference Pools, so you get fictional ones instead.