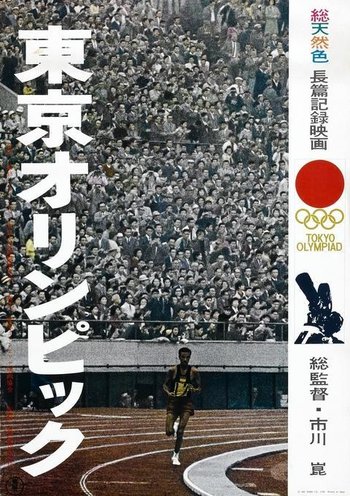 Tokyo Olympiad is a 1965 documentary film directed by Kon Ichikawa with a soundtrack composed by Toshiro Mayuzumi.

It is a documentary of the 1964 Olympic Games in Tokyo, Japan. The games were widely seen as Japan's coming-out party on the world stage, 19 years after the end of World War II. Kon Ichikawa, an accomplished director of fiction movies, was hired to make a documentary, after Akira Kurosawa had been hired and then fired. Japanese authorities apparently regretted the decision to hire a more "artistic" director like Ichikawa than a documentarian, as Ichikawa's film is less concerned with the wins and losses than with the beauty of the scenery and the lives of athletes. It was eventually cut in half and re-released in Japan.

Compare Leni Riefenstahl's Olympia, pretty much the only other Olympics documentary to be held in as high regard as this film.