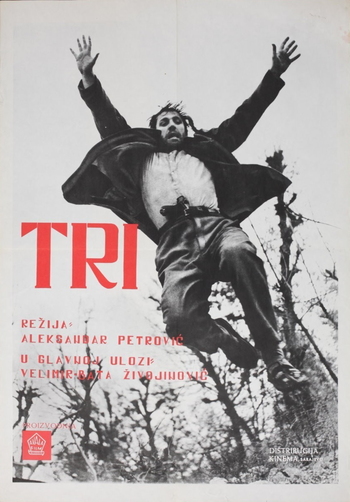 Tri ("Three") is a 1965 film from the former Yugoslavia, directed by Alexsandar Petrovic.

It is set in during the German war with Yugoslavia, 1941-45. It consists of three vignettes, all centered around a Yugoslav soldier named Milos.