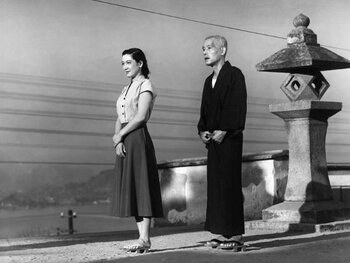 Tokyo Story is a 1953 Japanese film by director Yasujiro Ozu. It’s about Shūkichi and Tomi Hirayama, an elderly retired couple who visit their children in Tokyo. Their children are:

The movie explores the relationship between two (three, if you count the grandchildren) very different generations in Japanese culture. Widely considered to be one of the greatest movies ever made.