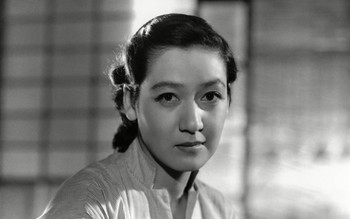 She was born Masae Aida in Yokohama. Her sister was married to a movie director, which got Hara in the door when she was a teenager. She made her debut in 1935 and broke out in 1937 with Atarashiki Tsuchi, which made her a big star. In 1938 she appeared in The Giant, an adaptation of Les Misérables, playing the Cosette part. Some of her films from this early period are lost.

She was hugely busy for Toho studio from 1937 to 1945, appearing in forty films during this period. Hara was usually cast as some form of Yamato Nadeshiko, the ideal of Japanese womanhood, demure, loyal, but determined; in the press she was nicknamed "The Eternal Virgin". In 1946 she appeared in No Regrets for Our Youth, Akira Kurosawa's first film after the war. She would later star in Kurosawa's The Idiot in a Playing Against Type role as a passionate kept woman.

In 1949 she began her collaboration with director Yasujiro Ozu, which she is best remembered for in the West. Her first Ozu film was Late Spring, followed by Early Summer and then Tokyo Story, the most famous film either she or Ozu ever made. In the three films she plays three different characters all named Noriko, all young Japanese women dealing with marriage and the challenges of postwar life. She continued to work with Ozu, filming Tokyo Twilight, Late Autumn, and The End of Summer between 1957 and 1961. Other films from her later career include color historical epic The Three Treasures (1959).

Her last film was 1962 Jidaigeki epic Chūshingura. Afterwards she quit show business, and in fact quit public life altogether. She gave no retirement announcement. Over the last 53 years of her life, she never took another acting role, never wrote a memoir, never made a public appearance, never gave an interview. She was never even photographed other than a few paparazzi shots of dubious authenticity. She went back to using her real name. Such was Hara's dedication to privacy that when she died at the age of 95 in 2015 her family waited two months to make the announcement.

Her silence in retirement inspired the anime film Millennium Actress.