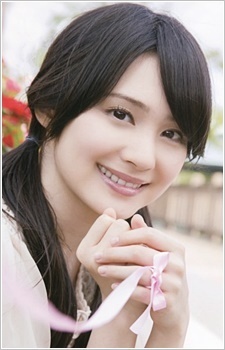 Luka seriously got in touch with her more feminine side...note but this is her Raptor side we're seeing.
Mao Ichimichi is an actress and gravure idol born on Febuary 1, 1992, in Osaka, Japan, affliated with Yellow Cab Next. She used to be a part of the idol group, "HOP Club".
Advertisement:

Mao also voices in anime and toku under the name "M·A·O".