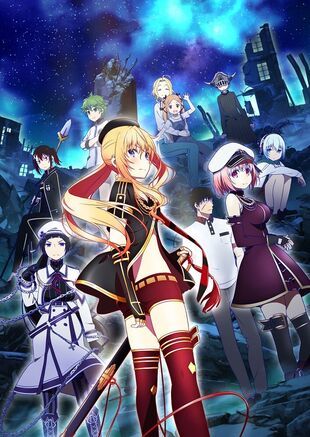 Takuma Akutsu has scared people away since he was a child, thanks to his scary face that makes him look like a demon. Shunned by everyone around him, he developed social anxiety, and now he is unable to properly converse with people. One day, he ends up crossing paths with real demons, female warriors who fight them, and the lord of Asgard, Odin himself. He is informed that the world will end soon and he is the one who can save it. Odin has sent his nine daughters, the nine Valkyries, down to Midgard/Earth and Takuma’s mission is to help them become strong enough to defeat the wicked gods who threaten the world. And to do that he must… go to dates and become more intimate with them! Because the source of a maiden's strength is love!