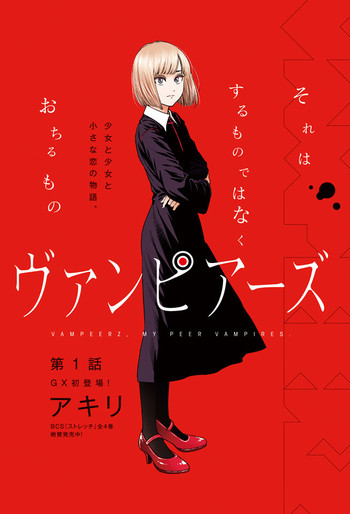 Shortly after the death of her grandmother, 14-year-old Ichika falls for a strange girl named Aria. Aria does strange things, the most alarming being biting Ichika's neck and drawing some of her blood. So begins the love story between a human girl and a vampire girl.

Written and illustrated by Shou Higashiyama (creator of Prism and Stretch), the manga series began in 2019 and is currently being published by Shogakukan.