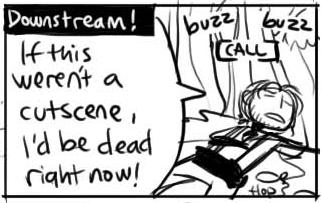 "Jack draws her power from cutscenes. While in normal combat she has some usefulness...she's a biotic goddess during cutscenes. She can take three giant robots solo in seconds, but with a squad she'll get knocked out against two during normal combat. Cutscenes must be filled with eezo or something."
— SF Debris on