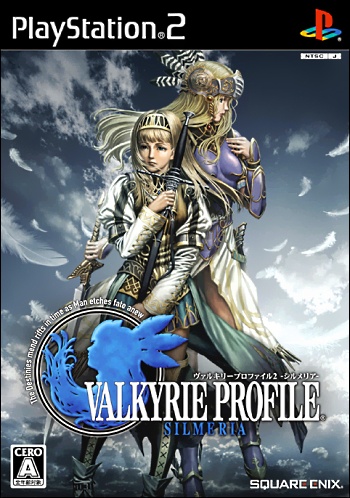 The prequel to Valkyrie Profile, Valkyrie Profile: Silmeria is a 2006 PS2 game that deals with the fate of Silmeria, who appeared trapped in a crystal in Brahms' castle in the first game.

Silmeria, it turns out, was sealed by Odin well before Ragnarok into Princess Alicia, sole heir to the grand kingdom of Dipan. However, the sealing process was incomplete, and Silmeria was still able to communicate with Alicia. This is particularly problematic as Silmeria became aware of certain plans Odin had, and was out to stop them before they could come to fruition. Meanwhile, both Odin and Alicia's father, King Barbarossa, are proceeding with plans concerning both the mortal realm and Asgard, which could potentially accelerate the timetable for Ragnarok.