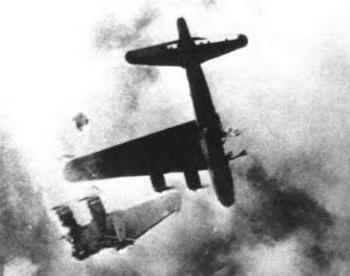 "You've got a hole in your right wing!"
Advertisement:

Wings are cool. If you have a pair, you can fly, blow people away with their flaps, and generally look cool. Unfortunately, because of their size relative to the body, it makes a very good target. So if anything has wings, it has a fairly high chance of having its wings, or just one of them, damaged. Having one or both of their wings damaged might cause the flyer to never be capable of flight again.

Usually doesn't refer to clipping feathers so a bird can't fly, or to Clipped-Wing Angel.

See also Anti-Air. This can also result in a Broken Angel.