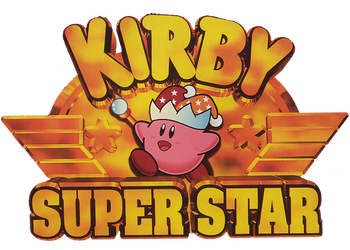 "Eight games in one? That sounds like fun!"
Kirby Super Star Ultra 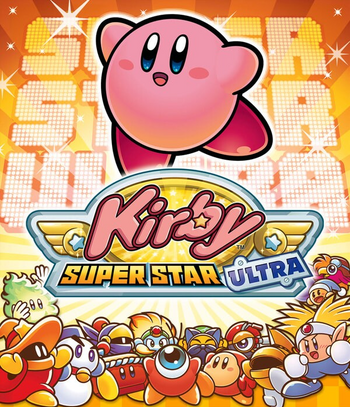 "Kirby's ultimate adventures!"
Kirby Super Star (Hoshi no Kirby Super Deluxe in Japanese, and Kirby's Fun Pak in European languages) is a 1996 SNES game, and part of the Kirby franchise. This game also sees the return of series creator Masahiro Sakurai's directorship, having last worked on 1993's Kirby's Adventure. Unlike the other Kirby games, where everyone's favorite pink puffball has one long adventure, Super Star contained a number of shorter games — its tag line on the box was "8 games in one!" Those games — 6 main, 2 sub — are:
Advertisement:

While Kirby's Adventure on the NES codified the Kirby formula, Super Star is considered to be the game that perfected it, to the point where its style of gameplay has become the series standard. It was remade in 2008 for the Nintendo DS as Kirby Super Star Ultra (Hoshi no Kirby Ultra Super Deluxe in Japanese), which added a handful of extra games to the mix, bringing the total to 16 games in one:

Ultra is also notable for being the directorial debut of Shinya Kumazaki, who would serve as the director and later general director of the franchise as a whole from that point forward.