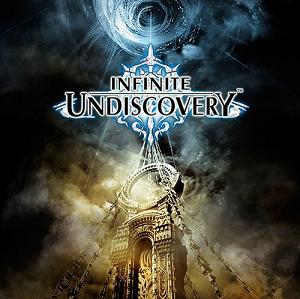 Oh boy. With a title like that, how are you supposed to describe this?

Infinite Undiscovery is a 2008 Eastern RPG for the Xbox 360, developed by tri-Ace and published by Square Enix.

The moon has been chained to the planet by an organisation called the Order of Chains, founded by Leonid the Dreadknight. Each chain causes the earth to wither around it, and unleashes monsters and natural disasters. Only The Chosen One has the power to break these invulnerable chains and free the world from their malign influence.

The main character, Capell, is not The Chosen One. He just looks like him.

Gameplay is similar to tri-Ace's Star Ocean series. The player has direct control over the main character, Capell, while the AI controls the other characters. The player can "connect" Capell to any character in his active party in order to use their skills, and must do so in order to deal with certain puzzles, destroy certain obstacles, or perform item crafting in towns.