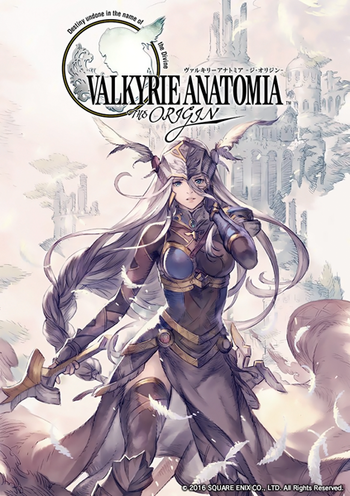 Let us journey beyond death.
"Do you want to die? ...Do you actually think will end your pain?"
Advertisement:

Valkyrie Anatomia: The Origin is the latest entry to the Valkyrie Profile series for the iOS and Android. Released in 2016, it is a reboot that focuses on the struggles of the Aesir and the origins of the Valkyrie.

On April 4, 2019, courtesy of Wonder Planet, the game was eventually given a global release outside Japan, three years after it was first released. Unfortunately, the worldwide server for the game was shut down on August 31st, 2020. The Japanese server followed suit at the end of April 2021 as well, making Valkyrie Anatomia a Defunct Online Video Game.