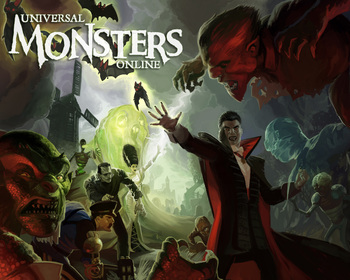 Universal Monsters Online was a Multiplayer Online Battle Arena which went live in 2012 and closed down the next year. As its name suggests, it takes place in the Universal Horror universe and puts players into the cloaks/bandages/excess body hair of old-school film monsters. These range from perennial classics to more obscure entries in the genre.

The playable characters include...

Some characters who showed up in the concept art...