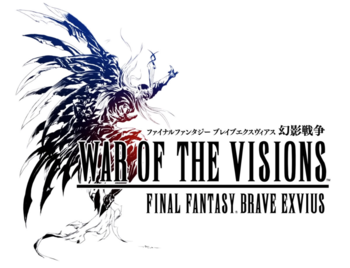 The story is set in the distant past of Lapis in Brave Exvius, on the continent of Ardra, which is enveloped in a net of conflicts between nations. When a carriage transporting princess Machérie of the Hourne Kingdom is besieged by thieves inside Leonis territory, prince Mont of Leonis is sent to lend aid, only to find himself and the princess trapped in what now is an open war between the Leonis kingdom and Fennes, their sworn enemy. Further complicating the matters is the net of alliances (Hourne has recently allied to Fennes as part of a treaty, which involves Princess Machérie's marriage to King Muraga of Fennes), and the involvement of the Crystal Sanctum, which seeks to advance the war to their own purposes.

Alternative Title(s): War Of The Visions