Another Side, Another Story 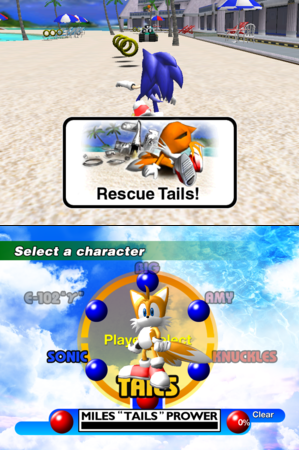 Sometimes, beating a game will unlock the ability to play as another character entirely, presenting a different storyline, often parallel to the main one, which unfolds to reveal a side of the story you never knew before...or perhaps simply an amusing Perspective Flip, where the former heroes are now antagonists or incidental side characters.

Ever wonder just what the Sidekick/The Rival/the Big Bad was doing while he wasn't on screen? Here's your chance to live it.

Compare New Game+, Lower-Deck Episode, "Rashomon"-Style, & Secret Final Campaign. If, instead of a game mode, you get an entire sequel like this, it's a P.O.V. Sequel. If only the good guys get such a perspective, then you have No Campaign for the Wicked.

Subtrope of Hero of Another Story.