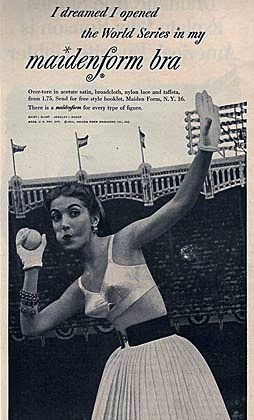 I dreamed I appeared in a TV Tropes page in my maidenform bra.
Advertisement:

Boxers, briefs, boxer briefs, bras, panties, corsets, garters, stockings, socks, and other forms of underwear. In more prudish times, these were known as "unmentionables". This also made them Forbidden Fruit, and thus the subject of numerous tropes. Needless to say, many of them are no longer literally unmentionable.

Now while a lot of these can be Fanservice, just as many can be Played for Laughs too.