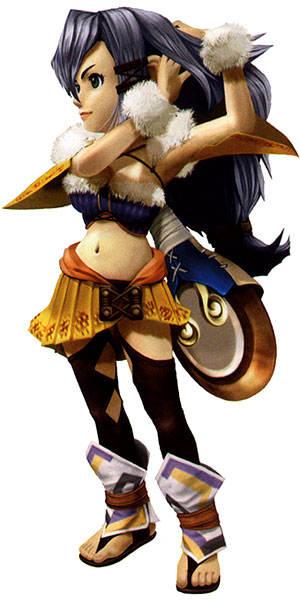 See how much skin is shown, and how much is not shown.

Basically, tropes that have one purpose: how much skin can clothing show before it's considered indecent.

Of course the amount will vary among cultures, yet any degree is still often a way of Getting Crap Past the Radar, which is one of the main reasons these tropes are so often used.

And since a lot of people find partial nudity more sexy than full nudity, this also makes many of these tropes fanservice, as well as mildly Not Safe for Work.