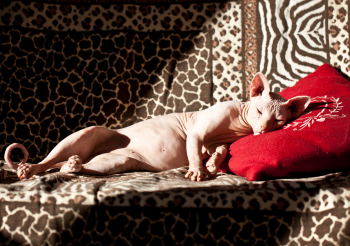 "Draw me like one of your French kitties."
Related:
Subcategories:
Useful notes:
Spa employee: Sir, it's not necessary or wise to be naked.
Professor Farnsworth: Oh! You sound just like my tennis instructor!
— Futurama, "Teenage Mutant Leela's Hurdles"
Advertisement:

See also Not Safe for Work.