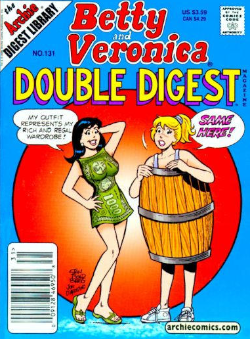 Uh-huh. Sure, Let's Go with That.
"Nothing says 'stock market crash' like wearing a barrel instead of clothes."
— Jetpack Joyride
Advertisement:

To show that a character is in such dire financial straits that they literally "lost their shirt", the otherwise-naked character will resort to wearing a large barrel

◊ usually held up by suspenders. This trope is primarily seen in cartoons.

This image probably came from a punishment for public drunkenness in Germany and England, where drunks had to wear a booze barrel. It's unclear how this barrel-wearing became associated with bankruptcy (possibly because drunks tend to blow all their money on booze fairly quickly), but regardless the trope has stuck.

That said, there are also instances where the barrel is simply Improvised Clothes in a Gone Swimming, Clothes Stolen or Naked People Trapped Outside scenario with no explicit connection to poverty.

A Sub-Trope of Poverty for Comedy and Stock Costume Traits. May overlap with Barefoot Poverty.