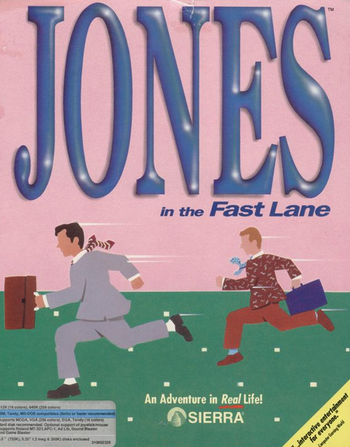 Who Says You Can't Win the Rat Race?
Advertisement:

You begin as a person with a modest amount of cash, living in a squalid apartment, with only basic education and no job - the goal is to reach high levels of riches, happiness, education and career. The game itself is styled after a board game, where each turn (representing a single week) the player moves between various buildings on the board to buy things, work, get jobs, leave money at the bank, etc. The game can be played competitively with up to four human players and one computer-controlled player—Jones.

Tropes in the Fast Lane: