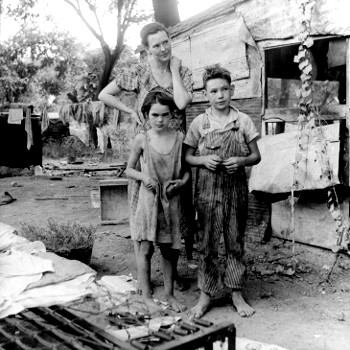 An index for tropes dealing with lower-class people living in squalor and/or struggling with debt, bankruptcy, unemployment, homelessness, or just an overall lack of wealth or fiscal standing. Almost never positive.