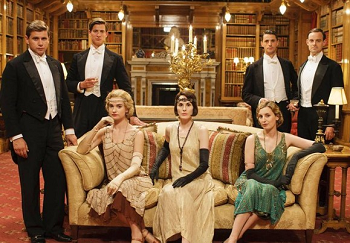 Basically characters who (usually) have a lot of money, or at least their families do.

In fiction, they tend to gather in places like Beverly Hills.