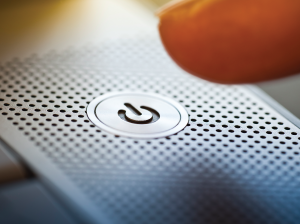 Power can be understood from different theoretical frameworks, but one of the most useful and common approaches is that of Social Power. Power then, is the capacity to compel others. The means to do so and the sources one wields to assert power vary greatly. In Real Life, it can range from money to physical might and everything in between. In fiction, Magic and Powers and different kinds of Applied Phlebotinum are added to the mix. The key to something being a source of power is how much society puts stock into it.

There are undoubtedly some kinds that present a menace such as physical might, weapons, or magic, but their threat level still depends on how society perceives them. This is the reason why silly powers are often underestimated and much less sought off/desired than powers regarded as cool.

Other kinds of power such as money, social status, and political power are entirely dependant on societal structures. Social status, in particular, can take a nearly unlimited amount of shapes — gender roles, race supremacy, number of internet followers, academic standing, etc. As for money, well, its value it's entirely imaginary if one stops to think about it. History has seen shells, bits of metal, and paper sheets used as currencies. Yet, you cannot eat them and their shape is often useless to be hunting tools or weapons. Money works because so many human beings believe it's valuable and, thus, exchange it to get a hold of more concretely useful stuff.

Is there any doubt left on why Power Tropes are so many and so varied?

This is an index about Power, items of Power, those with Power, and all of what Power entails. Contrast Weakness Tropes.