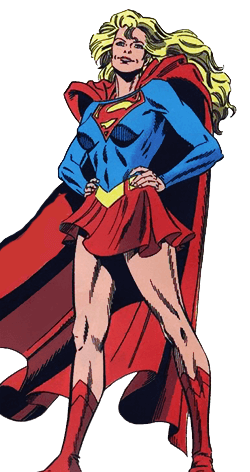 "A schoolgirl in a miniskirt, armed with nunchucks. Hot."
— The Spoony Experiment on Selphie from Final Fantasy VIII
Advertisement:

An Action Girl, from minor to outright badass, wearing a mini dress, either as a one-piece dress or as a top and miniskirt (Bare Your Midriff optional). Often comes with color-coordinated boots ending just below the knee.

This requires being an action girl almost full time, not just wearing a mini dress, even as a uniform, or just having a few action girl moments.

In comics, it's not as popular as a Leotard of Power or a Spy Catsuit, but other media take to it just fine, particularly Magical Girl and Magical Girl Warrior series. Either expect to see plenty of Panty Shots or it will be a Magic Skirt. Proper Tights with a Skirt or Modesty Shorts aren't unheard of either.

Sometimes the dress will be simple, and other times it will be a Pimped-Out Dress. It can even start out simple and turn pimped-out through Frilly Upgrade. If the dress is fancy enough, and the wearer badass enough, it can overlap with Kicking Ass in All Her Finery.

There is, however, symbolic basis for this trope. As popularized by fashion designer Mary Quant, the miniskirt was a mini dress of power in the metaphorical sense, representing the sexual liberation and freedom of the 1960s. Not only did it allow for freer movement than longer dresses, but it also represented rebellion against more conservative dress codes in the 50s and younger women leading fashion trends. Although the miniskirt is no longer as shocking in present times, and its significance as female empowerment remains controversial due to it also being used as Fanservice, producers, particularly women, will invoke this trope to show a female character being both feminine and willing to fight.