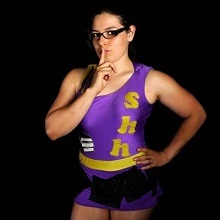 Paige Turner is an American Professional Wrestler from Dewey, IL who competes in Texas and Oklahoma. She debuted in 2012. She is a 1x RCW Angels Division