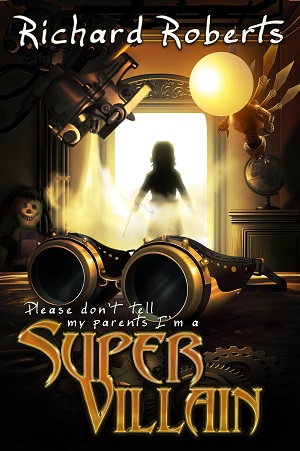 As the child of two world-famous superheroes, Penelope Akk figured becoming a hero herself was just a matter of time. Along with her best friends, Claire Lutra and Ray Viles, they see heroes and villains battling almost daily. And just as a bad penny always turns up, super powers soon strike all three. But after a run-in with the sidekick of a local hero, they find themselves labeled as supervillains instead of superheroes.

Still struggling to master the powers of her own mad science, Penny has to figure out how the trio will redeem themselves before her mom and dad find out. The catch: Penny turns out to be really good at villainy and being Bad turns out to be a lot more fun than being a champion.