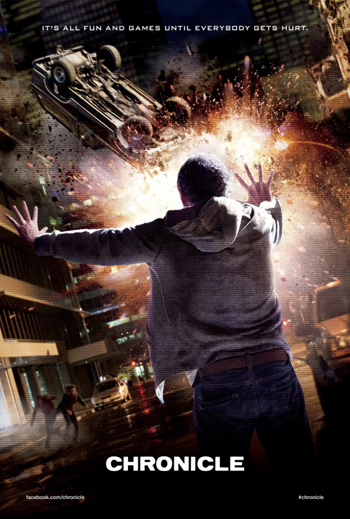 With great power comes great destruction...
"I grew up in Westchester, and have never traveled anywhere else without this stupid domino mask on my face! Am I the only one who's scared that people are looking to me for answers because I can lift a car over my head? This is crazy!"
— Alison Green, Strong Female Protagonist
Advertisement:

"Capepunk" refers to the subgenre of superhero fiction which deals with superheroism in a "realistic" manner. This sort of storytelling often comes with the greater freedom to allow creators to deconstruct traditional superhero tropes. To be Capepunk, your story can't just be about superheroes. It has to be about why they put on the cape and whether or not putting it on is worthwhile.

Capepunk stories tend to be either Deconstructive or Reconstructive (or both) in nature, analyzing what makes these characters tick as well as how they relate to the setting as a whole. Much effort will be put into justifying why people have a variety of powers, are allowed by law enforcement to run willy-nilly, or don't change the world overnight. By and large, these kinds of works tend to be very satirical in nature, showing why superheroic tropes either won't work in a real life setting or require many Necessary Weasels in order to be justified as existing. While many Capepunk stories are cynical, there are just as many stories which cast heroes as standing against the mundanity of the world and leading humanity into the light (or at least trying to).

One common feature in these stories is that superpowers are terrifying to normal people. People with the powers of Mind Control, being able to fly, or heat vision are dangers to normal Muggles with even those who protect them being so far removed from normal life they often are enemies. Other times, regular Humans Are the Real Monsters with the people trying to use their abilities to help others being deliberately targeted by those who hate and envy them.

Stories in this genre are just as likely (if not more) to star original characters as opposed to being part of established superhero franchises. This is for a variety of reasons. Sometimes the writers of popular "mainstream" superhero characters don't want to let them be used in such a way, especially if it means they will be portrayed in a negative light. Another reason is that Capepunk stories are often written by independent comic writers without access to the most popular characters in the genre, leaving them no choice but to use Expies. They also may not even be comic books at all, but completely original novels and films.

Common tropes to be found in Capepunk stories are: