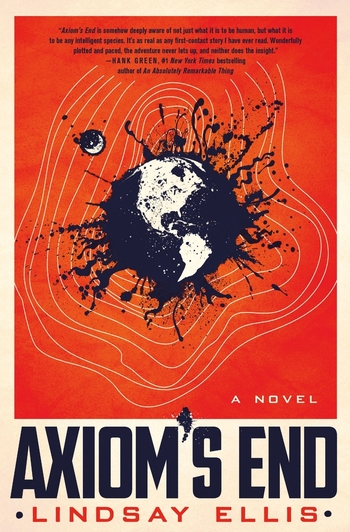 Cora Sabino is an ordinary college dropout with an ordinary anxiety about her future prospects. Except her Disappeared Dad is a whistleblower about a supposed coverup by the U.S. government about proof of alien life. Not that she cares. It's all an excuse to draw attention to himself as far as she and her family are concerned. Until an asteroid strikes down near Los Angeles in the exact same spot that an earlier asteroid which caused the conspiracy to begin with. Thrown into a shadowy world of dangerous secrets and cautious mistrust Cora must now re-evaluate her preconceptions about what is the truth and what is a lie.

Book One in The Noumena Series. Two sequels are planned; the first, Truth of the Divine, was released on October 12th, 2021.
Advertisement: