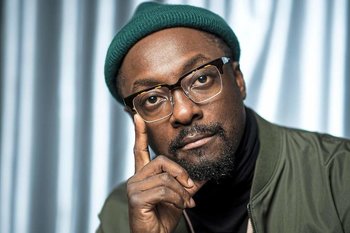 He started his music career in eighth grade, when he met future bandmates Allan Pineda (apl.de.ap) and Dante Santiago. They established a group, Atban Klann, and performed around Los Angeles for a while. In 1992, they were discovered by rapper and producer Eazy-E, who signed them on to his own record label, Ruthless Records. They began recording their first album, but following Eazy-E's death in 1995, they renamed themselves the Black Eyed Pods, before later settling on "Black-Eyed Peas". Following a few member changes, the group found success.

In addition to his work with the Black Eyed Peas, Will also has several successful side careers. In 2001, he released his solo debut, Lost Change, with more to follow in the coming years. As a record producer, he has worked with many other artists, including Justin Bieber, Lady Gaga, Nicki Minaj, Justin Timberlake, and many others, along with owning his own record label, will.i.am Music Group. As an actor, he has appeared in a number of television shows and feature films, and served as a mentor on the The Voice UK and Australia. He also composed the theme song for Samurai Jack.