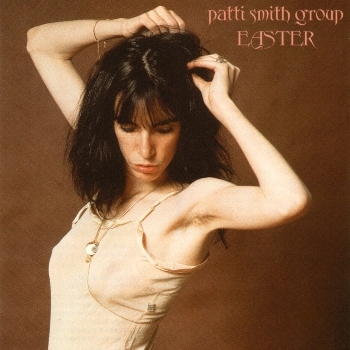 Easter is a 1978 album by Patti Smith and her best-selling album commercially. It spawned the hits "Because The Night" and "Rock 'N' Roll Nigger".

The 1996 CD reissue adds "Godspeed" (originally the B-Side of "Because the Night") as a bonus track.