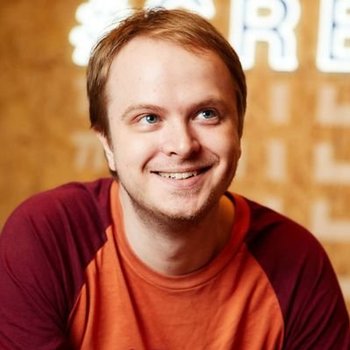 Sobek says trans rights.
"You don't have to think I'm right, I could be wrong! I could have come to the completely wrong conclusion about what this evidence suggests. But you can find it. It's out there and it informs your perspective of everything, you know? Maybe some conservatives eat soy and that's fine. In fact, that is the case. I've looked it up and, you know, isn't it all nice? Go to the evidence and maybe together we can all live in a beautiful world, soy or not. And maybe we will be gentler and nicer that way. And if you don't, well, I'll— I'll own you on the Internet."
— H.Bomberguy at the 28:39 mark in "Soy Boys: A Measured Response

, known online as "H.Bomberguy", is a YouTuber known for his videos about left-wing politics and its intersections with media (usually videogames).

HBomb grew into prominence after a series of videos mocking the strained development of The Sarkeesian Effect, the infamously bad documentary made by YouTube reactionaries. During the early days of his success, Hbomb was one of the few big, truly leftist channels at a time where right-wingers and reactionaries ruled the platform. Since then, he has helped carve out a space for other leftist creators to grow and take prominence, like ContraPoints, Philosophy Tube, Shaun, and Sarah Z.

These days, HBomb's videos can be divided into three different categories:

As is the case with ContraPoints, humor plays a vital part of HBomb's videos, but whereas Contra has a dark and highly polished sense of humor, Hbomb's humor is more goofy, with a strong streak of Stylistic Suck. He also often streams with his friends, Shaun and Jen, another big channel in left-wing YouTube.

In January 2019, he was recognised by a motion in Scottish parliament

, for a 58-hour charity stream which ended up raising a massive sum of money for Mermaids, a British charity supporting transgender and gender-nonconforming children. He is the first online streamer to be be so honoured.

Tropes either about Hbomb or his channel