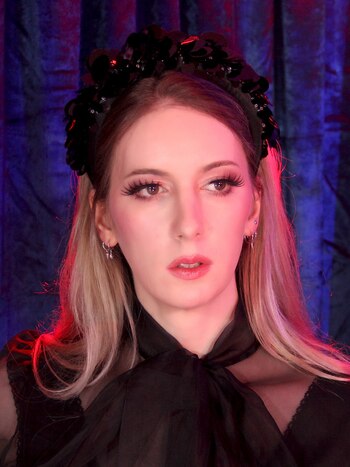 Natalie Wynnnote with the nickname "Contra" occasionally assigned to her and/or her on-screen persona, especially in her earlier days (born October 21, 1988) is a YouTuber and political commentator who makes videos about social justice issues including gender, sexuality, anti-fascism, anti-capitalism and feminism on her channel ContraPoints

Her videos provide left-wing counterarguments (hence the channel name) to stances upheld by conservatives, classical liberals, fascists, and the alt-right, and their lengths range anywhere from "average meal time, give or take" (20-40 minutes) to "feature film by any other name" (80-110 minutes). They are well known for the stylistic techniques Natalie uses in them, which include dark, sarcastic and surreal humor alongside elaborate setups with intricate set design, colorful lighting, and flamboyant costumes. However, the foundation of her content is her sharp, oft-empathetic approach to arguing complex sociopolitical topics, with great influence from philosophy and sociologynote the former of which she actually studied academically, eventually dropping out of a PhD program. Journalists have called her the "Oscar Wilde of YouTube" as well as a modern Socrates. She has gone on record stating that she handles nearly all aspects of video production — writing, research, camerawork, editing — herself.

While Natalie began posting videos as early as 2008, she began ContraPoints in 2016 as a direct response to the Gamergate controversy, the ascendancy of Donald Trump, and by proxy the increasing prevalence of both right-wing voices on YouTube and the alt-right on the Internet as a whole. What started as an attempt to deliver information on social issues eventually grew into a more individualized long-form style that incorporates high production value, a full musical score, and many cartoonish characters (most of them played by Natalie) and plotlines, with her videos at one point often structured as debates between several characters.

She also began her channel (by her own admission) as something of a political centrist, gradually moving further and further to the left due to the same 2016 events that inspired the start of the channel. Her channel has since criticised centrist liberals for, she claims, providing indirect support to the far-right by lumping fascists and anti-fascists together, and by taking white supremacists' excuses about just wanting "free speech" at face value.

Probably the most common theme on the channel is topics related to transgender identity. In early videos, Natalie identified as a crossdressing man, before coming out as genderqueer (nonbinary) in 2017, and then finally as a transgender woman six months later. As of early 2020, she has removed her old pre-transition videos (up to "Decrypting The Alt-Right"), explaining that watching them is very painful for her as it triggers intense dysphoria, and those videos being available on the Internet for everyone to see eventually became too much for her to feel comfortable withnote That hasn't stopped them from being shared in some capacity, however. To watch her earlier videos is not only to watch her evolve in technique and style, but to watch a woman coming to terms with her own gender identity.

. She also has donations available through PayPal

. Her channel is financed through Patreon

, where she has over 11,600 patrons and was at one point among the site's top 20 creators. (As such, her videos do not contain sponsorships or promo deals.) She states on her page that her upload rate is roughly once every six weeks; take it with a grain of salt.

Compare to friend and fellow YouTuber H.Bomberguy, who also uses humor and theatricality to talk about similar issues, and Philosophy Tube, a fellow leftist philosopher and occasional voice-over in her videos whose style has been influenced by Contra's.

Not to be confused with another YouTube channel called Counter Arguments, which discusses rhetorics and logical fallacies in general.

Some tropes you'll find in her videos include: