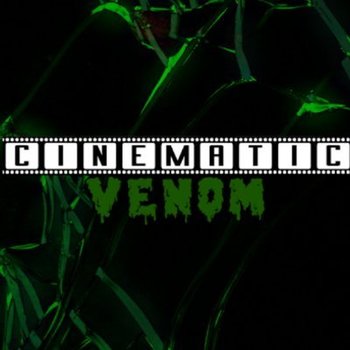 Cinematic Venom was a show created by Englishman Rob Boor. Inspired by the likes of The Cinema Snob and The Nostalgia Critic, the show came to existence in 2009, and it revolves around Rob reviewing and making fun of bad movies and other times praising while still making fun of these movies.

Rob Boor is also friends with Smeghead from Cinematic Excrement and used to collaborate with The Rap Critic until they both distanced themselves from each other.

for Boor's documentary The Downfall of Cinematic Venom premiered, which highlighted numerous accusations leveled against him at the time. The documentary premiered on December 28, 2020, subsequently serving as the end of the channel.

In early 2021, Rob teased a possibility of the channel coming back for "Venomonth of Horrors V"... as part of April Fools' Day, which he later confirmed

. However, later that year he did start a new series called Cinematic Theory, where he and his frequent collaborator Simone Salvatore debunk theories about movies and shows. The first video

talks about Home Alone and Saw and the theory about Kevin McCallister becoming Jigsaw.

announcing his return on movie reviews (starting with a re-review of the The Lord of the Rings trilogy, which premiered on June 22, 2021

), which he will do monthly due to his busy personal life … but sadly, that did not last long, as on August 1, 2021, Boor suddenly deleted his channel and took everything with it.

and revived the show once again.