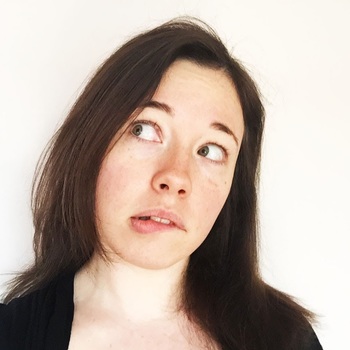 "Thanks, I hate it!"
"Critical studies is not here to shame you for what you like — much as it apparently feels that way to some people — but rather to help give us the tools to question the media we consume and what it says about the culture that created it."
— Lindsay in "The Whole Plate: The Problem of Lady Bots"
Advertisement:

Initially gaining popularity as The Nostalgia Chick on Channel Awesome in 2008, she departed in 2015, discontinuing the title, but continued to produce content on YouTube under her own name until her departure and retirement in 2021. She initially started with a Spiritual Successor series titled Loose Canon, though she later moved onto producing miscellaneous video essays.

Lindsay's video essays are often very analytical, owing to her experience and Master's degree in film criticism. Her videos tackle various topics, from film technique, to feminist theory, to production history, and more, observing popular works including that of the Disney Animated Canon and Michael Bay's Transformers series.

In addition to her assorted essays, she has run a few series, mini-series, and written some books:

Her blog is here

On December 27, 2021, Ellis announced her departure and retirement from YouTube and content creation as a whole on her Patreon

, though she maintains she might make a comeback in the future.

open/close all folders
A-H
Does This Remind You of Anything?:

"If you just say the right thing, we'll leave you alone. If you just behave in the way we're asking, we'll make it go away. If you'd just apologize, we'd just stop!"