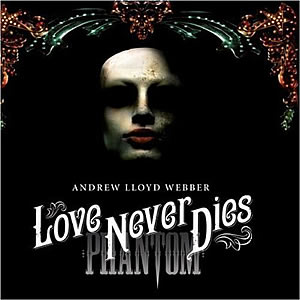 The sequel to Andrew Lloyd Webber's sensationally popular The Phantom of the Opera. It takes place on Coney Island, approximately ten years after the end of Phantom. Madame Giry and her daughter, Meg, helped the Phantom to escape to America after the events of the first show, and from there made it possible for him to open up a lavish amusement park on Coney Island. Then, without telling either of the Girys, he lures Christine — now married to Raoul — to come sing at his park. Craziness ensues. Music was done by Andrew Lloyd Webber, while the book was written by him, as well as Ben Elton, and Glenn Slater.

The show ran from 2010-11 in the West End. A rewritten Australian production ran from 2011-12 and was filmed and released on DVD, and several other countries (Denmark, Japan, etc.) have mounted their own productions since. A Broadway staging was supposed to launch in New York City in Fall 2010, but has since been lost to Development Hell. A North American touring production launched in 2017.

Compare and contrast with The Phantom of Manhattan, the novel derived from Lloyd Webber and Frederick Forsyth's ideas for a sequel in The '90s.