True Beauty Is on the Inside 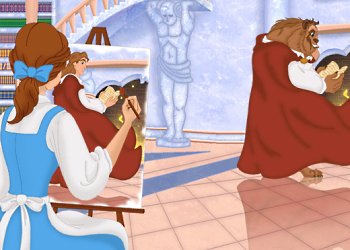 Apparently, she could learn to love a Beast.
"Don't turn your back on what's shabby. And don't embrace a thing because it's clean. When you see a beauty in what's broken or run-down, then the whole world will be art."
— Iso Padre, Splatoon 2: Octo Expansion
Advertisement:

One of the most common Stock Aesops out there: We shouldn't judge people based on how they look on the outside but rather how they look on the inside. It is usually accompanied by the message that looks are a shallow motivator for wanting to be with someone, but often ends up implying that you're obligated to be with someone you normally wouldn't be attracted to because they're unattractive, and that having a type is inherently wrong unless it is considered unconventional by societal standards.

Many a Betty wins in a Betty and Veronica Love Triangle once the guy realizes this Aesop.

Compare Beauty Equals Goodness and Beauty Is Bad. Related to Evil Is Sexy. Often paired with Ugly Hero, Good-Looking Villain and Beast and Beauty. In settings with Interspecies Romance, this can override the belief of the non-human party that Humans Are Ugly, and can even explain why characters from different species with vastly different standards of beauty would still be attracted to each other.

Contrast with I Just Want to Be Beautiful.