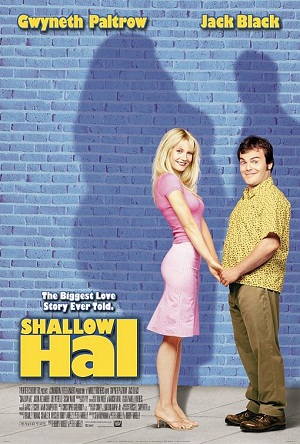 Hal Larson (Black) is a single guy with an unsatisfying dating life, due to the fact that — having been unconsciously traumatized by his father's death at age nine — he is one of the shallowest men in the world. Until one day when, trapped in an elevator with self-help guru Tony Robbins, he is unknowingly hypnotized so that, every time he meets someone new from that point onward, he will see their "inner beauty" instead of their real appearance. He meets a woman named Rosemary Shanahan (Paltrow) who, to him, looks like a beautiful, skinny woman because of her great inner beauty. In reality, however, she's extremely fat.