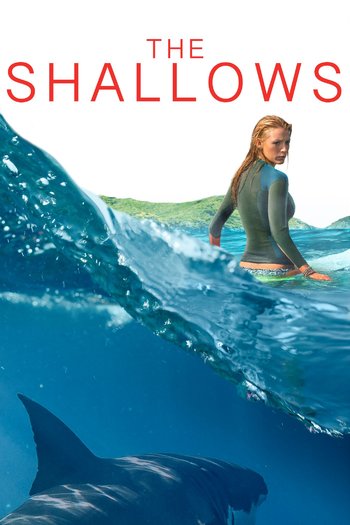 The Shallows is a 2016 survival thriller film released directed by Jaume Collet-Serra (Orphan, Non-Stop, and The Commuter) and starring Blake Lively.

The film centers around young pro surfer Nancy Adams (Lively), a full-time student at Baylor College of Medicine, Houston, who is surfing at a secluded beach when she becomes stranded on a giant rock 200 yards away from shore after an enormous great white shark attacks her. Now, she has to find a way to get safely back to shore without getting attacked by the shark again, proving the ultimate contest of wills.