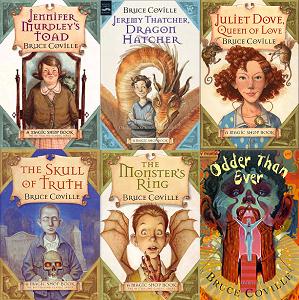 The books in this series in no particular order.
A series by Bruce Coville about a little shop that wasn't there yesterday run by a kooky old magician who sells magical items to children, preteens and teenagers in order to teach them life lessons.
Advertisement: