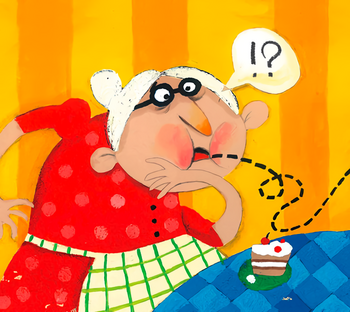 Somehow, a fly, or a winged insect, gets into a character's mouth, sometimes by the character moving very fast. Hilarity Ensues in many different ways, usually after gagging. Bonus points if someone convinces the swallower that they'll die because of it.

Jack accidentally does this when explaining Inspirado to the audience.

Jack accidentally does this when explaining Inspirado to the audience.