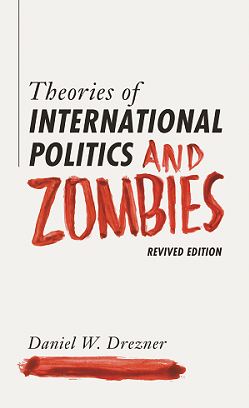 Steve: All right. What's with the Zombies?
Eric: Oh them. [...] They only come up here when they're bored.
— Radioactive Panda

There's a Romero-style zombie shambling around, but it's not a Zombie Apocalypse. So what's it doing here? Because zombies are cool. Whether it's to set up a Low Fantasy setting with necromantic Horrors, add an element of comedy, or simply to add variety, some works of fiction feature Zombies in a less than central position. It doesn't even have to have a reason. The zombie is there just because.

This is something of a popular advertising gimmick for games, MMORPG's, and Comic Books these days. Just like slapping Wolverine on the cover adds to sales, an Episode of the Dead, "Halloween Special", or other stunt can drive up sales and give a fun Breather Episode from more plot heavy story arcs.

This could also work if there actually is a Zombie Apocalypse, but it's not part of the main story. It's just thrown in there as a parody or homage with little lasting effect on the plot.