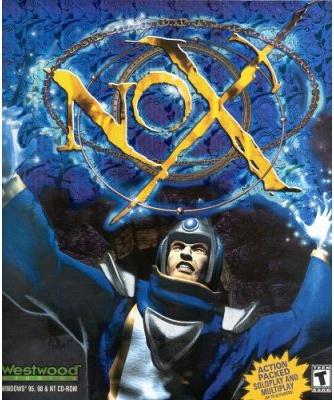 Nox is a 2000 Action RPG by Westwood Studios.

The player assumes the control of Jack Mower, a normal schmoe, who is sent to the magical world of Nox and must train as a Warrior, a Conjurer or a Wizard and collect four items to defeat Hecubah, the ruler of The Undead, in order to find a way back to his home world.