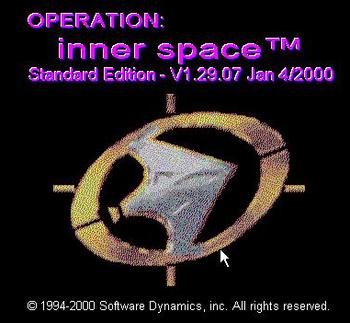 So, this game is about a realm known as "Inner Space". Right?

Well, not really. It's actually about a ton of Cool Starships entering Cyberspace to collect icons in your computer. You, however, are the one who is actually fighting for a special reason; defeat the Inner Demon.

This game was released on PC in 1994. You can create your own ships using the Ship Factory. Any new installation you make to your computer adds more levels to the game. You can even rename the nine teams (one of which is not playable) to the names of your choice.

Not related to 1987 film Inner Space.

This game displays examples of the following: